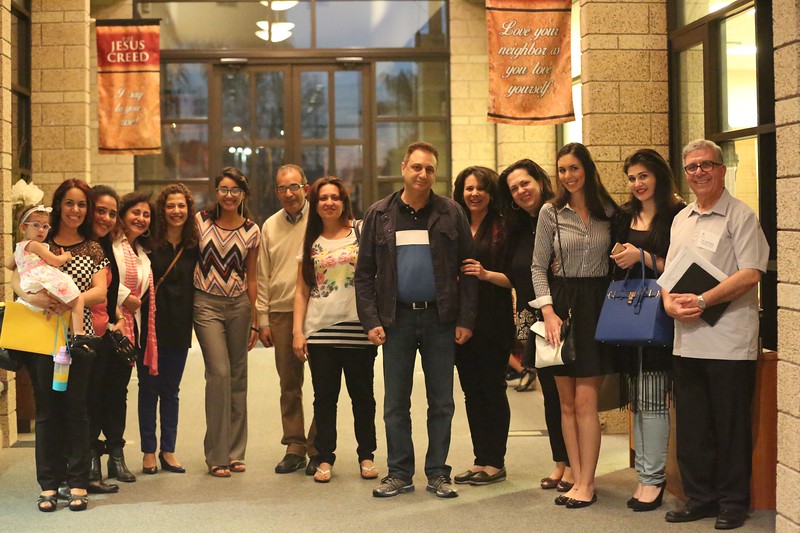 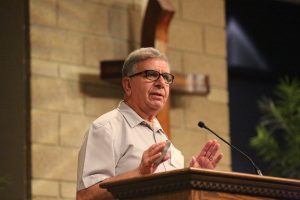 Adel Malek became a Christian at a summer youth camp in Egypt, where he grew up. While there, he also was a choir director who was asked to speak from time to time. Adel, along with his wife, Laila, immigrated to the United States in 1982. They spent three years in Texas and then eventually moved to Orange County. Adel accepted an engineering position with the Public Works of the City of Santa Ana. Two years later, he began work with the Department of Transportation, where he worked for 23 years. His last position was the Branch Chief of Traffic Design for Orange County freeways until he retired in 2011.

During his first career in California, the Maleks were part of a group who planted an Arabic speaking congregation with San Gabriel Presbytery. Laila was ordained a deacon in the Presbyterian Church in Egypt. Adel eventually went to Fuller Seminary, graduated in 2003, and was ordained in 2011. For a long time, he didn’t think he was called to be a pastor.

In 2012, the world witnessed the Arab Spring. Many Arabic speakers immigrated to the Huntington Beach area in the aftermath.

Adel was leading a Bible study for Arabic speakers at the Presbyterian Church of the Master. They noticed that more and more folks were traveling to Mission Viejo from Huntington Beach, and the idea struck: “Why don’t we move the Bible study to Huntington Beach so more people can attend?” This shift made sense, but then they went a step further: “Why don’t we try to be a New Worshipping Community?” And it just felt right.

The Arabic Presbyterian Church of Huntington Beach NWC worships at St. Peter’s-by-the-Sea Presbyterian Church. While many of their congregants are Egyptian, there are many different groups of people gather to worship, including Iraqi and Algerian. Most of the adults speak Arabic, but it is not a requirement to attend. There is a professional translator who will help people out when non-Arabic speaking visitors come to worship.

While there are 35 to 40 adults at worship every Sunday, and 15 – 20 children who come to Sunday School, Malek says the interesting part is that it’s not the same group of people every Sunday. Usually, people come once every two or three weeks, so the number of people being served is far greater than their Sunday counts. They have a Praise Team and a strong music program.

Since they became a New Worshipping Community in 2012, the Arabic Presbyterian Church has gathered to celebrate Thanksgiving. Many of their families of origin are far away, they come together with their church family instead. 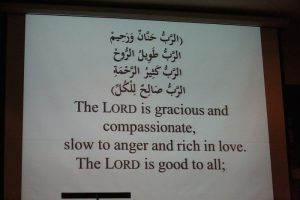 2019 was the first year they did not have their normal Thanksgiving dinner at the church. Instead, they held a retreat. The Strategic Coordinating Team of Los Ranchos Presbytery awarded them a grant to help support the NWC in this endeavor. The group went to a retreat center in Paris, CA, where they spent a long weekend studying, eating, and playing games together. A guest speaker was brought in along with a musician.

Malek said the benefits to the community for this retreat were innumerable. The group of 15 adults and 4 children learned the importance of teamwork through helping in preparing their own meals, sharing space, and learning about discipleship. They were also able to delve deeper into Presbyterian theology than they had in their church context. 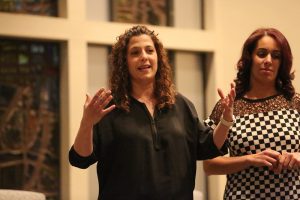 As you can imagine, not everything with planting a New Worshipping Community is easy. Doubly so for a group of immigrants from a variety of cultures. One cultural difference that stands out concerns a pastor’s salary. Malek explains:

“In Egypt, the Synod pays the pastor’s salary. However, the Synod of the Nile is very wealthy. They own hospitals and everyone knows, both Christian and Muslim agree, the best schools in Egypt are the private Presbyterian institutions. Because of this, many things are just paid for by the Synod… So, when Egyptians come here and go to church, they don’t understand why they have to pay for their pastor because that was not a part of their experience in Egypt, though some churches in Egypt have started paying the pastors’ salaries.”

During their retreat, attendees were able to really delve into this idea of tithing, framing it as an investment in the future and for their youth. “So, while it is a challenge, ultimately, it is a benefit,” Malek summed up.

While the Arabic Presbyterian Church may be smaller than some of the other Arabic speaking churches in the area, Malek feels like they are unique.

“We have a solid relationship with one another. Often, we are attacked from all sides, and it doesn’t faze the core group. We don’t shame people for their past; we welcome them in and help them live better into the future. We feel energized when we see the fruits of our ministry. People come to this church to learn, and we teach solid Reformed theology. People feel as though they are family. They are able to connect because every week we have fellowship after we worship. Sometimes it is just snacks, but sometimes we have bigger meals together. In the end, this is a place to teach God’s work.”