In an Ever-Changing Environment, He Maintained a Consistent Program 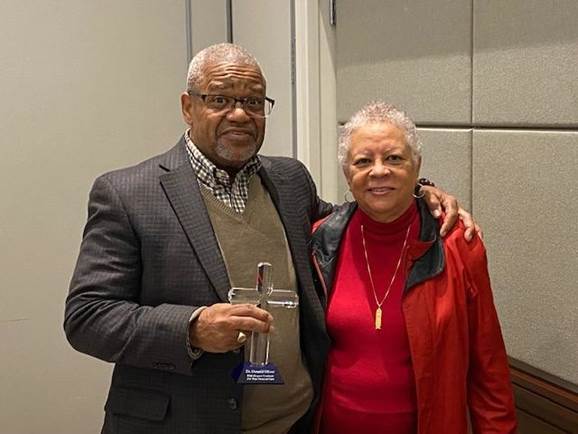 The Rev. Dr. Don Oliver retired as the Director of Pastoral Care at Hoag Memorial Hospital Presbyterian on December 31, 2019.

Dr. Oliver was hired in July 1992 as Director of Pastoral Care and served for over 27 years under the supervision of three Chief Executive Officers.

Under Dr. Oliver’s leadership, the Pastoral Care Department has grown to include 2 lead chaplains for Hoag’s two hospital campuses, a Roman Catholic and Muslim chaplain respectively.

Additional accomplishments include the building of the new Hospital Chapel, the launching of a CPE (Clinical Pastoral Education) program in 2013 including the hiring of a nationally certified clinical pastoral educator for managing both interns and salaried residents.  Most recently, Dr. Oliver assisted with raising funds to create a position for a chaplain videographer, the Rev. Tom Dykhuizen, for the purpose of creating of a Virtual Chapel of devotional recordings for patients and staff.

Dr. Oliver and his wife Marionette have played an instrumental part in establishing a multicultural New Church Development (early 2000s) known as New Hope Presbyterian in the city of Orange under the leadership of the Rev. Chineta Goodjoin.

Besides his gift of vision and pastoral care, Dr. Oliver is known for his commitment to multiculturalism. In his retirement he plans to continue doing research on pastoral care. He looks forward to traveling with his beloved wife, Marionette.