The life and mission of New Hope Presbyterian Church. 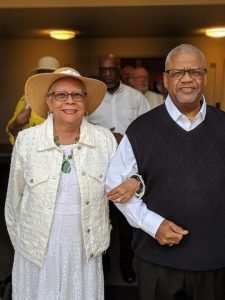 New Hope Presbyterian Church is celebrating two years of being a chartered PC(USA) congregation. There have been many, many milestones over the past two years, some big and some small. For example, the first time their session minutes were approved with no errors, or when they put in their first commercial copy machine, were small milestones that had a big impact on the congregation. And much bigger milestones, like when Sheila E played with their Children’s Orchestra.

It makes Rev. Chineta Goodjoin think about the folks from Saint John’s Presbyterian Church (Compton) and wonder if this was part of their dream. The milestones and the mission of her congregation, of their impact on the community. What would the good folks of Saint John’s think of the ministry being enacted through their gift? 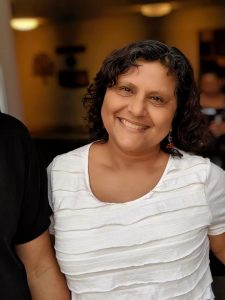 In 1967, Saint John’s Presbyterian Church in Compton closed its doors. At the height of the civil rights movement, an all white congregation had the dream to plant an African American congregation in Orange County. Saint John’s Church left assets in a designated fund to fulfill that dream. And there it sat.

In 2000, while cleaning out old files from the presbytery office, Marionette Oliver, noticed the designated fund that had been accruing interest for quite some time. Questions were raised and the dream of Saint John’s Presbyterian Church was brought back into living memory. A new question was asked, how do we plant an African American church in a county where only 1.6% of the population is made up of African Americans? The Probe Team was formed and the viability of an African American New Worshipping Community in Orange County was tested. The team met regularly for more than six years.

At the end of 2007, Rev. Chineta Goodjoin was called to serve this community. But still, the question remained HOW do you create an African American church plant where the majority of people are white, hispanic, or asian? 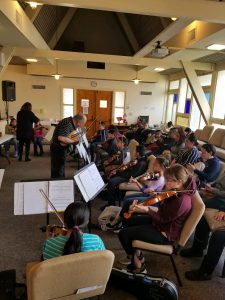 The answer was music. Not only music, but music and culture and art became the foundation for honoring the African American church tradition in America in an ethnically diverse community of worshippers. In the first year, New Hope worshipped once a month. Classically trained African American musicians would come to service and play beautiful hymns in their traditional euro-centric format, and in the last stanza, swing the hymns into a gospel rhythm and let loose.

The result was a community in awe; proud and impressed. The power of the African American church tradition of soul-stirring gospel music and narrative preaching (story telling theology) brought a sense of joy to celebrating Christ. You needn’t sit still. You could get out of your comfort zone and clap, respond to the Word and move in worship. And the people were moved. 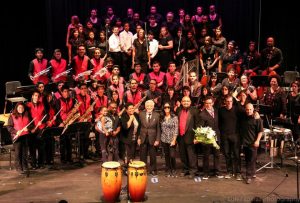 The focus on culture and the arts does not stop at their church door, even though they have developed a beautiful choir and continue to have classically trained musicians in worship. The congregation “adopted” a local school in Santa Ana whose music program had been completely defunded.

Their congregation offered time and talent to share workshops, lessons, and performances with the school kids. Within a few years, they were able to hire music teachers, and form a drum line and a youth orchestra. The 30 – 40 piece orchestra, called Hope Alive, has performed with the likes of  Shelia E, Pancho Sanchez, and others. Their season is just about to begin if you are interested in hearing them play. Currently, the church hosts a string studio that offers lessons and performance opportunities for children who would otherwise go without. 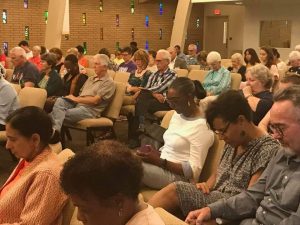 The changes that have occurred over the past two years are not ones that you can necessarily see in the day to day running of the congregation. It would look like any other PC(USA) church doing its business. But, the sense of excitement and pride that come when their commissioners to Presbytery Gatherings have voice AND vote, is palpable.

Incorporation brings the opportunity to further the mission of New Hope in  a more substantial way. The justice they seek through their work in the community can be brought to the greater governance through that vote and voice. God did not say, “You need to be incorporated before you do the work of God.” There is just a larger impact. 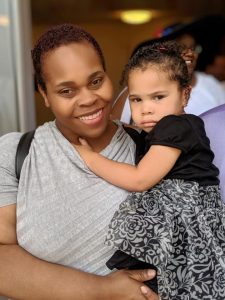 But the people are the same open hearted people they were before. More than once has a congregant opened their home and heart to someone in need (sometimes complete strangers), truly extending God’s love and hospitality. Rev. Goodjoin said she has never seen that happen anywhere else.

“God has created within each of us a sacred space of hope and faith that we are to share with the world. We are to use our gifts to create spaces of hope, love, and creativity. We are to tear down systems of oppression and build up spaces of hope and love. And where there is love, there is a principle of mattering.” Goodjoin said. “The presence of God is often times found in the presence we bring to each other and to the situations of our times.”