I belong here too 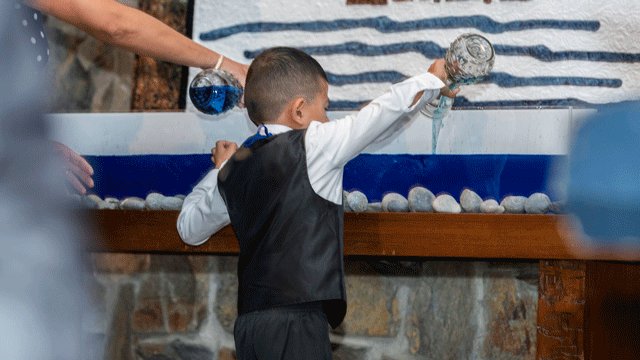 After this I looked, and there was a great multitude that no one could count, from every nation, from all tribes and peoples and languages, standing before the throne and before the Lamb, robed in white, with palm branches in their hands. They cried out in a loud voice, saying, “Salvation belongs to our God who is seated on the throne, and to the Lamb!” (Revelation 7:9-10)

October 14 may be the day I came to love Southern California.

Certain parts of Southern California make me cringe: The high ratio of pavement to green space. Temperatures of nearly 90 degrees in November. The heavy traffic—or more specifically, the way some people drive in heavy traffic.

Consider engaging a crowd. When should one press ahead? When should one give ground? Every time I enter the freeway during rush hour or walk past the free samples at Costco, I face people whose crowd-related manners do not match mine.

But according to John, God’s new heaven and new earth will culminate in a city (Rev. 21:9-22:5). Eternal worship is marked by a countless multitude of people from every background of every kind (Rev. 7:9-10). 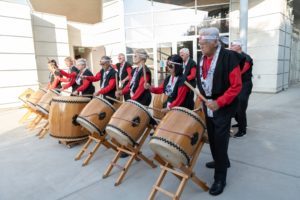 At the Presbytery’s 50th Anniversary Celebration on October 14, I had a vision of the heavenly multitude as it applies to Los Ranchos Presbytery. I saw people from many nations and languages, gathered together from across the cities of the Presbytery, celebrating our history, enjoying our present, and anticipating our future.

It was a beautiful occasion. Between the programming, the food, and the music, a dozen-plus servants produced an occasion whose elegance and flow exceeded anything I could have expected, let alone carried out.

That beauty and that variety of people, taken together, showed me what a redeemed Southern California might look like. The fact that all of us could “live together in unity” (Psalm 133:1) as we did for one evening, in spite of the barriers of culture and custom and language, provoked me to thanksgiving for the differing ways and sensibilities that I sometimes just find irritating. I gave thanks, knowing those differences will all ultimately contribute to praising God. 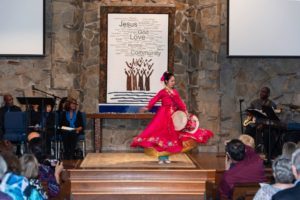 Can Los Ranchos more and more “exhibit…the Kingdom of Heaven to the world” in the way we worship and work together (Book of Order, F-1.0304)? Might God, in a context strained by competing sensibilities, reveal a path that allows all of us to give praise in our own mother tongues? Can we craft a presbytery where every believer—young and old, long-timer and recent arrival, East Asian and European, evangelical and progressive—can say, “I belong here too”?

Doing so will not be easy. Working across languages, cultures, generations and theologies is not a job for starry-eyed idealists. But the evening of October 14 showed me that, however difficult, the task is possible.

And if the task is possible in Los Ranchos, and if the result is God’s promised future for the world, then perhaps it is also God’s will for Southern California. For all my peeves, a place with such a hope is a place I could come to love.