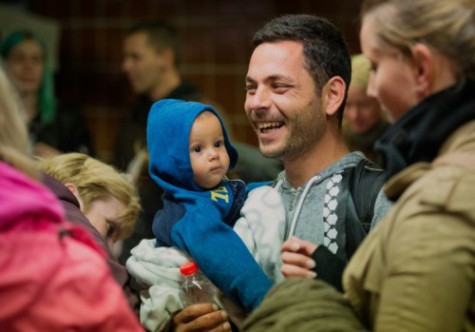 “So shines a good deed in a weary world” (Willy Wonka, quoting Shakespeare)

The last week of the calendar year is a quiet one in the Presbyterian world. Pastors and lay leaders, after pouring their energy into Advent and Christmas, pause to rest for a week before the New Year begins. The phones at the Los Ranchos office are quiet.

At the beginning of December, then, I promised myself that I would use the week to take stock of 2015. I would reflect on the highs and lows of the year gone by and share those with you in this space.

I knew that would be a difficult task. When I thought back on 2015, the first thoughts in my head were not happy ones. Across the headlines, it has been a year of grief, pain and fear. I resolved, then, to share with you the points of hope that I have seen.

Imagine my dismay, then to discover that the New York Times’ editorial board had already done the very thing I had in mind. And of course, they did it more eloquently than I would have. You may not agree with everything they say, but it captures much of the spirit that I had hoped to evoke here.

But I do think I may still offer a few words of encouragement from a slightly different angle than that of the Times. Events within Christ’s body, whether on the national stage or within our Presbytery, attest to the continuing presence of the Light of the World in the midst of much evil.

Words such as “Daesh,” “Syria,” “refugees,” and—perhaps most emblematic of all—“Aylan Kurdi” provoked in equal measure our anger and compassion. Yet from this horror have arisen moments of hope.

Germany reacted quickly to the September deaths by opening its doors to as many as 800,000 refugees. The country that less than a century ago symbolized hostility to outsiders took such a dramatic step of hospitality that it invented a new word (willkommenskultur). On a smaller—but no less faithful—scale, the Presbyterian Church of the Covenant in Costa Mesa has issued its own welcome to the Syrian families in its midst.

Los Ranchos will continue to hear other calls to hospitality consistent with Scripture (see Lev. 19:34; Deut. 10:19; Rom. 12:13; Heb. 13:1). Immigrant congregations are an important and growing presence within the Presbytery. We speak eight or nine languages in worship on any given Sunday morning. Some of our congregations have taken creative steps toward replacing the “Mickey Mouse Ears” model of cross-cultural ministry (that is, barely connected to the larger congregation) with truly multicultural worship. We pray that the formal transfer of multiple congregations from Hanmi Presbytery will lead to a deepening spiritual relationship with time.

Crises in the United States gripped us as well. The murder of nine people at prayer in Charleston, South Carolina became more than headlines when we learned that one of the victims was an old friend of one of our pastors.

But here, too, moments of grace prevailed. The victims’ families bore clear witness to the Gospel by publicly voicing their forgiveness of their loved ones’ killer.

More recently, the president of Fuller Theological Seminary and the leadership of Intervarsity Christian Fellowship both affirmed their support for the #BlackLivesMatter movement (though IVCF was careful to “reject any call to attack or dehumanize police”). The affirmations of such high-profile evangelical organizations are a welcome step in bridging the formidable gap between evangelism and social justice. They set a valuable example for us.

Finally—and no more surprisingly—the Presbytery has faced stresses within its own congregations. For reasons you can imagine, I will not name those here. Antagonists have always existed within the Church, and they will until Christ returns. It is hard to confront them. It is hard to make decisions we know will upset them.

But I have seen Sessions step bravely into their responsibilities as congregational leaders. I have seen your fellow elders choose to be faithful to Scripture. I have seen them value the well-being of their congregations while their opponents threatened to leave or hinted at litigation. And I have seen them gather to pray, even in the midst of their own disagreements, “making every effort to maintain the unity of the Spirit in the bond of peace” (Eph. 4:3). Such moments have reminded me of the privilege of serving the Presbytery.

In many corners, I still only see shadows. I cannot yet articulate a redemptive word in response to “San Bernardino,” for instance, and some congregational and denominational struggles remain unresolved.

But I have seen enough of the hand of God in a grim year to believe once again the words of John Newton: “’Twas grace hath brought [us] safe thus far/And grace will lead [us] home.” I hope you have too.

Do you really want to delete card?

This process cannot be undone.

Card has been deleted successfully.